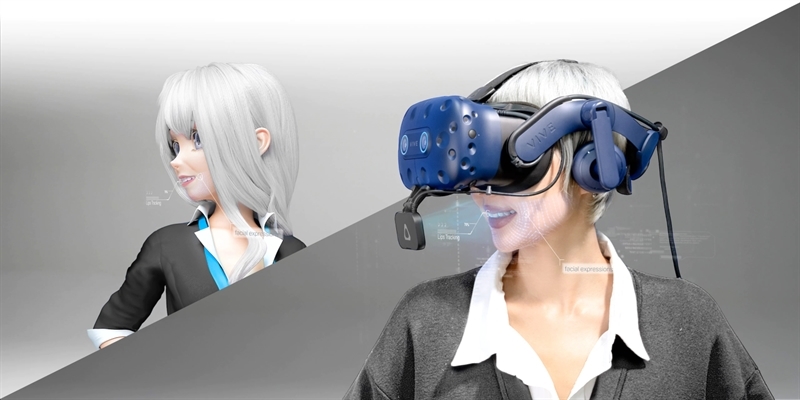 If you thought strapping a display to your face was the extent of the possibilities in virtual reality, think again.

HTC recently announced and launched a slew of new VR tech, and it’s the facial tracker I’m really interested by.

Clipping to the bottom of the HTC Vive headset, this unassuming device will track your facial expressions and mouth movements, replicating them in-game with “near-zero latency”. It’s compatible with the HTC Vive Pro, and is jam-packed with tech; a set of dual-cameras will capture your lower-face movements, while infrared lighting will enable face tracking even in low-light situations. The tracking rate, 60Hz, will ensure responsive and accurate tracking.

So, what does this mean exactly for VR enthusiasts? Well, with support for Unity and Unreal Engine, it’s a way for gamers to get even closer to the games they play; exploring virtual worlds is one thing, but being able to accurately interact with others? That’s a whole new ballpark.

One example I could give, is something like VR Chat. While the platform features general in-game character mouth movements, it lacks the accuracy of realistic motions. With technologies like the new facial tracker (which can be paired with the company’s Pro Eye headset for full face tracking), we could see multiplayer experiences become truly next-gen.

VR is certainly an area where technology and pace is moving forward rapidly, and this release marks another step forward for the space. Who knows what VR will look like in another five years’ time?

Have any predictions? Share them and your thoughts on the news above, in the comments below!