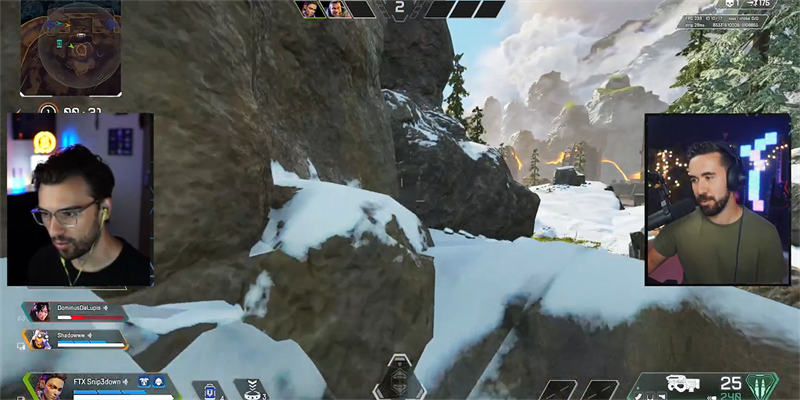 Intel Gamer Days may have come and gone (boooo!) all too quickly, but in case you weren’t able to join us, we wanted to do a quick rewind of the fun we had with (and against) TSM Snip3down.

Snip3down is a professional Apex Legends player, so we’d be remiss to not just start off with a quick clip of the action.

Outside of the action (scroll all the way down for the full session embed), we were able to fire in some good interview questions from social media…and even those from our technological partners.

“Which legend has the most drip?”

“What’s the best way to get good at the game and go pro?”

See even more interview questions in the full stream!

Interestingly, TSM Snip3down mentioned one of the big differences he noticed in the unit was it had significantly reduced the always-frustrating dropouts he had during streaming which can be absolutely killer. He admitted that he’s not the most tech-savvy so just not having to worry about his PC punking out was a welcome relief.

Definitely check out the full session below to relive our fun with Snip3down and don’t miss the next one!

Were you able to play with/vs. Snip3down? Let us know in the comments about your experience!