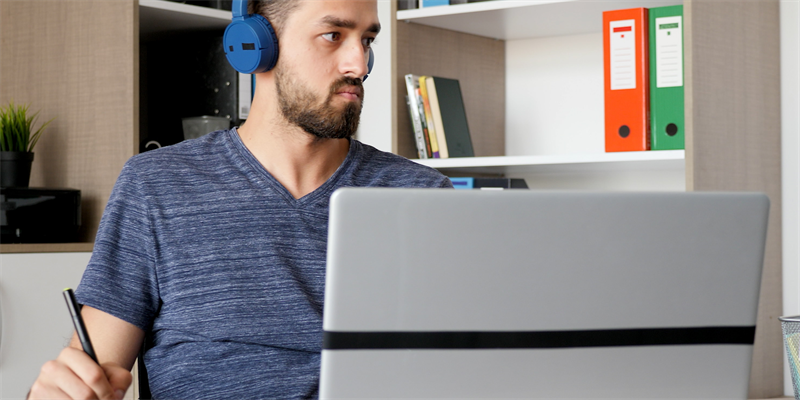 Figuring out where the funds that will support you through your game-development efforts can be a challenge. However, with more people helping to crowdfund and push indie games past the finish line, are platforms like Kickstarter the right choice for you?

Christopher Wulf is a current free-agent, and previously worked with publisher Those Awesome Guys, and indie games showcase IndieMEGABOOTH. He comments on how the value of crowdfunding platforms like Kickstarter can add to studios’ development:

“Kickstarter and other crowdfunding sites can be a great opportunity to grow closer to your community and have them become a part of the development process. One of my favourite examples is Monster Prom (and its sequel) that were both crowdfunded and continued development with very close contact with their community.
While personally I haven’t run my own crowdfunding campaign in the past, it’s something I hope to do soon. I would point out though that simply running a crowdfunding campaign because you are in need of funds is a common mistake.

“I would point out though that simply running a crowdfunding campaign because you are in need of funds is a common mistake.”

You need to put a lot of time and effort into creating a following that will support you throughout the campaign! It’s not as easy as showing up and collecting funds.”

Studios like Toge Productions did look to start a Kickstarter campaign, due to the difficulty of finding investors willing to put money down. Founder, Kris Antoni elaborates: “It was hard to find investors or publishers that would sign an unknown studio from Indonesia. So, we considered crowdfunding for our game, Infectonator Survivors. Sadly, Kickstarter is not available for Indonesia, so we had to find a partner with a US bank account to create the Kickstarter for us.”

Asking him how that went for the studio, Kris explains: “Unfortunately we didn’t manage to reach the funding goal, which meant that ultimately our attempt failed. Crowdfunding is a complex thing to manage. It can succeed or fail, and developers need to understand that if you do succeed, you now need to manage backer expectations; it’s no longer just about the game.”

Similarly, Lantern Studio have also ran a Kickstarter or two, as Beidi describes: “We ran a Kickstarter campaign in 2016 [for the game], and another in one in 2020 for our game’s artbook. Both were successful, but we didn’t actually aim for enough funds the first time around. That resulted in a long and difficult financial struggle later on.”

With such varied results, we ask what their thoughts are on crowdfunding, both in terms of benefits and challenges that they add to an already arduous game development process.

PR and influencer manager Alessandro Cossidente from Meta Publishing is the first to answer: “Kickstarter successes show that a game has the potential to attract attention and emerge within its genre or niche. Kickstarters also need a community to succeed, meaning that a developer that’s managed to raise some funds through crowdfunding likely already has a following that they can capitalisze on at the right time.

Casey Lucas Quaid, lead community manager from Dinosaur Polo Club – the studio behind titles like Mini Metro – comments on the challenges indie developers face when it comes to crowdfunding: “Crowdfunding can add a ton of new challenges, especially if you don’t scope it out beforehand. If you’re running a campaign that includes physical deliverables, you’re adding in whole new processes into your timeline. All the time spent on collector’s editions, physical add-ons etc, is all time spent that could be time spent on actually making your game. It’s important to weigh up that time cost.”


"All the time spent on collector’s editions, physical add-ons etc, is all time spent that could be time spent on actually making your game. It’s important to weigh up that time cost.”

When it comes to challenges presented by crowdfunding, I’d say it’s fulfilling expectations. We always try our best to keep the promises developers have made, especially when it comes to stretch goals, rewards, and, at least as much as possible, delivery windows. Naturally, much depends on the actual project and its production cycle. While we know that supporters expect a game that is as close to what they backed as possible, it’s not uncommon for features to be changed, scrapped or moved around as the actual title comes together.”

In this vein, Lantern Studio’s Beidi Guo agrees that the challenge comes from backer pressure, though she puts a positive spin on it: “Crowdfunding definitely adds pressure to the team to finish the game, but I think it’s good pressure. However, it’s the managing of updates, surveys, and sending out rewards that takes a lot of time – much more than we expected.”

Christopher rounds out the comments with a spirited outlook on crowdfunding: “From the very get-go you get a chance to actively reach the most dedicated fans you will ever have, the people willing to put money on the table months, even years out from release – just to see their dream project come to life.

“You get a chance to actively reach the most dedicated fans you will ever have..”

If you make use of established tools like Discord to follow up after the campaign and keep your supporters actively involved, you can establish even closer bonds, which ultimately helps you increase your reach!”

We wrap up discussions with the studios, by asking them what their advice is, for new developers thinking of going the crowdfunding route.

Beidi’s advice is to put time and effort into making your Kickstarter or crowdfunding page perfect: “Start by making sure your Kickstarter page is good. Provide enough information and be honest and realistic about what you can deliver. Next, always provide a video, or at least plenty of images – people want a visual idea of what they’re buying into. Promote your campaign before it begins by a few weeks, giving you time to ramp up interest. Finally, be active in replying to people’s questions and comments.

Casey Lucas Quaid adds to this: “It’s important to look at recent projects to see if crowdfunding is possible in your game’s genre, whether you’re overreaching in terms of funding requests, and also to decide whether you’re using these platforms as a gauge for your project when it comes to working with publishers.
I guess my top tip is to just do your research. What worked before may not work before. Things change and happen quickly. Don’t just assume that making a good game will result in successful crowdfunding. The right project at the wrong time can lead to failure.”

Christopher recommends focusing on managing expectations and setting aside enough time to give crowdfunding the right level of attention: “Make sure you’re comfortable in communicating or have someone involved that will lead communications to your backers. Manage expectations, and ensure backers have a good understanding of timelines.
Do not underestimate the time and effort you’ll have to put into growing a community prior to the campaign, in addition to preparing for and running the campaign itself. This will eat up a lot of your time and can be a lot of stress for an unexperienced team.”

Finally, we focus on the publishing side of crowdfunding, and what our developers’ views are on using it as a method of gauging interest in game genres as well as specific games. Additionally, we ask them if they’ve considered using Kickstarter as a way of gauging interest before they begin to develop their own titles.

Christopher from Those Awesome Guys is the first to comment: “A successful crowdfunding campaign won’t necessarily guarantee a successful game launch, but it can be a good indicator of interest and a way of identifying and ensuring you’re targeting the right audience for your game.

Convincing a player to back your crowdfunding campaign and put money behind it years out from release is a great sign that you’re creating an enticing product and reaching out to the right audience.”

He moves onto describing his approach to using crowdfunding as a gauge for the games they publish: “Definitely! I can’t give you specifics, obviously, but there’s a number of games that we’re working on for which we’ve considered using crowdfunding as a way to measure potential success. Kickstarting is a unique beast; there’s so much involved in running a successful crowdfunding campaign, and that sometimes they succeed or fail due to other factors, not necessarily the game itself.”

With Episode 2 wrapped up, be ready for the next chapter, where we discuss staying motivated, on-track, and connecting with others in the industry!