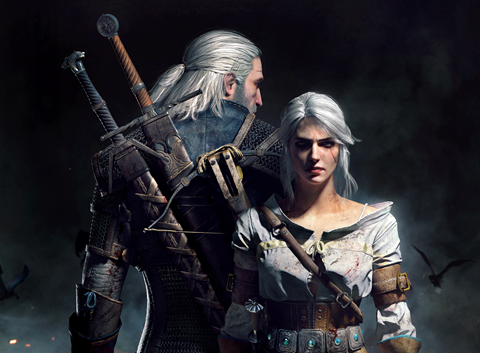 As far as story driven RPG games go, you can’t get much better than The Witcher series by Polish Developer CD Projekt Red. The third installment, The Witcher III: Wild Hunt, is the triumph of the entire trilogy, blending the narrative and culture of the European folktales into what is considered by many to be one of the greatest video games of all time. With a gorgeous, semi open world to explore, rich lore to get lost in, and gameplay mechanics that will never leave you bored, it’s no wonder The Witcher III has a special spot in hearts of so many gamers.

If you’ve been looking to sooth the wound left behind after finishing up with The Witcher III, the hunt is over. Grab your Witcher Medallion and let’s track down your next play. Here is a list of games you should try if you liked The Witcher III.

The Witcher II: Assassin of Kings:

If your first foray into the world of The Witcher was with its third chapter, you aren’t alone. There are many gamers who skipped the initial two games and decided instead to dive right into the third. There’s nothing wrong with that per say; The Witcher III is fine as a stand-alone game. But having done that, you’re also missing out on a ton of abundant storytelling, character development and lore which gives the sequel context you may not have noticed. Eastern European mythos is the scaffolding which the Witcher series is built upon, and that is on full display within the second game. Plus, who wouldn’t want to spend more time with Geralt?

While The Witcher II lacks the same polish as its successor, I would argue that by playing it, you’re only adding to the experience of Wild Hunt. Just like the third installment, Assassin of Kings has multiple endings and a captivating plot. At the very least, dive back into the Northern Kingdoms and Nilfgaard Empire to enjoy some good, old-fashioned monster slaying.

Geralt is the definition of the “chosen one” literary trope. He holds the special title of being one of the last Witchers, which automatically separates him from all the other characters within the game as someone special. In the open world fantasy rpg, Outward, by developer Nine Dots, you take on the role of someone a little more mundane. The playable character is a poor villager whose only unique characteristic about them is an inherited debt called the Blood Price. A customizable character who, right off the bat, is thrown into what is implied to be the latest in a long line of unlucky circumstances. Instead of a hero, you’re playing a nobody, and Outward won’t let you forget it.

If you like games where you must grind to get the power you need, then Outward is the experience for you. The gameplay mechanics are a little more complex than that of The Witcher III. On top of more traditional role-playing game mechanics, players will need to monitor their thirst, hunger, fatigue and body temperature. It’s all about balance, from when and how you rest to combat strategies. And most importantly, failure has serious consequences that can alter the path of the game significantly. Despite being a tad less accessible for the general audience, Outward is bound to make a good impression.

While Geralt’s goal may be to find his adopted daughter Ciri, his job as a Witcher is to hunt monsters. If you take that task seriously, you might want to bring your Witcher skills over to Monster Hunter: World.

While not quite boasting the same level of narrative as The Witcher III, Monster Hunter will still have you one your toes, hacking and slashing and collecting a myriad of loot. With its seven unique ecosystems, the map stays true to the title; it really does feel like a world unto itself. The monster hunting is complex and the gear customization seemingly endless. The character design of the monsters you face feels so deliberate, each monster boasting unique attributes and weaknesses. Plus, you have the help of a friendly, anthropomorphic cat assistant, which should honestly sell this game by itself. If you’re looking to continue your responsibility as a Witcher, this is the perfect game for you.

Horizon Zero Dawn made a huge splash within the gaming industry with its 2017 launch on the PS4, and finally, after much anticipation, Guerrilla Games released the game for PC in 2020. Horizon Zero Dawn is a definite genre shift from the fantasy of The Witcher III to one of post-apocalyptic, science fiction. Despite that, it still has more than enough similarities with The Witcher III to earn a spot on this list. The gameplay mechanics are familiar, as well as the third-person perspective. But what’s most compelling about this game is the narrative and main character. What made The Witcher III so much fun to play was taking on the role of Geralt. The same can be said for my favorite, redheaded archer, Aloy.

While you may be trading out hunting monsters for hunting monster-like machines, the combat scratches the itch that made it so much fun to play Witcher III. The landscapes generated by Decima, Guerrilla’s game engine, are as beautiful, if not more so than the RED Engine. And solving the mysteries of the post-apocalyptic world in Horizon Zero Dawn will keep you just as engaged as searching for Ciri did.

Is there anything better than a good revenge arc? The Witcher III has a healthy dose of revenge to its narrative, but that isn’t the main plot line. So, if you’re looking for a revenge story that you can really sink your teeth into, consider the RPG Kingdom Come: Deliverance, from developer Warhorse Studios. Released in 2018, it received critical acclaim and won multiple Game of the Year awards, with critics praising its historical realism, attention to detail, and most importantly, its story.

In Kingdom Come: Deliverance, you’ll be playing a young blacksmith turned warrior named Henry. Henry is out for blood the entire game, looking to avenge the people who killed his parents, and the majority of his hometown. The setting is Bohemia in 1403, which feels familiar to The Witcher III aesthetically. What’s so engrossing about this game is how complex the political background of the story is. It manages to show the unintended consequences of war in a way that only games as a medium can.

If you’ve been within the gaming world for any extended amount of time, chances are you’ve at least heard of Assassin’s Creed. The series has been a staple of the RPG genre since its inception in 2007. The argument could be made that every one of the twelve main games could be a good fit for this list, however, there is none more like The Witcher III than the newest release of the franchise: Assassin's Creed Valhalla.

Assassin’s Creed Valhalla is bright eyed, and bushy tailed, having been released less than a month ago. The game is already topping game lists everywhere and it’s not hard to see why. With an expansive open world to explore, multiple maps, and a transfixing narrative, this game is difficult to put down. Valhalla’s Norse and old English landscapes are reminiscent of The Witcher III in more ways than one. Trade out your silver sword for a battle axe and prepare yourself for a journey to ninth century northern Europe.

Well, what do you think? Did we slay it, or did we miss the mark? If you’re still looking for more content like The Witcher III, be sure to check out the DLCs, as well as Cyberpunk 2077, the next game from CD Projekt Red releasing this December. What games would you have added? Let us know in the comments!