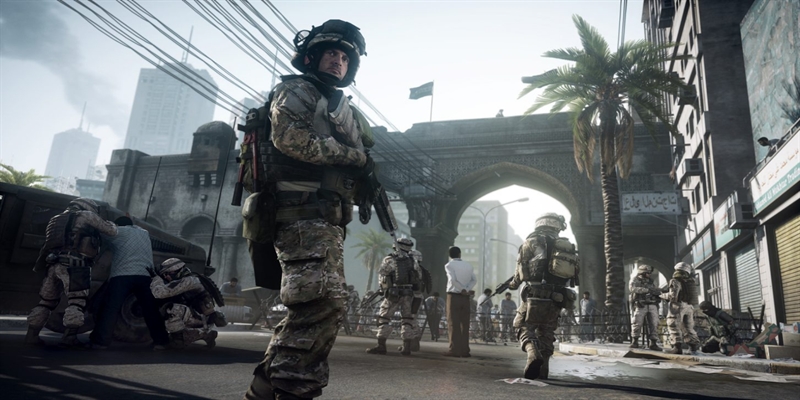 Venice with a Vengeance.

Battlefield 3 released way back in 2011, bringing a suite of evolutions to the franchise, with flashier visuals, grittier combat, and lens flare galore. Superseded by the likes of Battlefield 4 and the shift from modern combat to historical action with later entries, the game has been left to its own devices, enjoying a small but steady player base.

Players still glued to the screen when it comes to Battlefield 3 have much to rejoice over, however, with the release of Venice Unleashed. After five long years in development, this modding platform has finally been released into open access, offering up new ways for players to engage with the game, creating their own servers and customizing them to their own liking.

You can head to Venice Unleashed's website now to get a good look at what's on offer, but here are the highlights:

While they're all prominent features for a nine-year-old game, the ability to include custom content means Venice Unleashed could set Battlefield 3 as the go-to franchise title for some time to come if it's received well by gamers. We could see all sorts of content, from modes like Project Reality (a very popular mod for Battlefield 2 that resulted in the shooter Squad) to bringing maps from both older and later entries of the series.

The team behind the platform have also made it known they intend to add content authoring (reinforcing the freedom to add new textures, models, and maps), in-game voice chat, and remotely hosted assets; so we could see an online home similar to Nexus Mods for any custom content added to the game.

If you're eager to dive into the new experience, particularly if you've been following the platform's progress over the last five years, you can play right now. All you need is an Origin account and a copy of the game to get started.

According to Venice Unleashed's developers, who are not directly affiliated with EA or DICE, the platform runs independently of the game and doesn't alter or modify game files, meaning it's safe to use alongside any vanilla setups. For those worried about the legalities of using such software, a disclaimer on the software’s site states it is perfectly legal under EU interoperability laws.

If you hop into the new experience soon, come back and let us know what you've discovered, and what we should all be playing in the comments below!