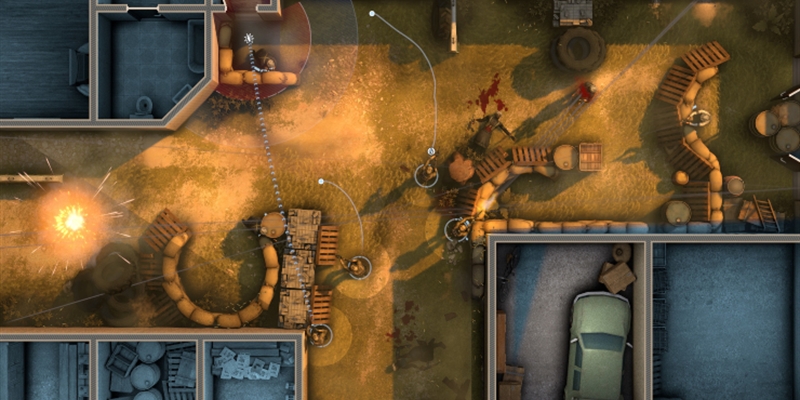 KillHouse Game’s original Door Kickers found players controlling SWAT-style teams through tense hostage and shooter situations, mixing real-time and pausable play to make tactical decisions. The studio announced a sequel not too long ago, only this time with a militaristic skew.

Dubbed Task Force North and announced back in 2016, I suspect no one expected the game anytime soon. However, those heading to the Steam store will find the game now in Early Access with a price-tag of $19.99 USD, and packed with 20 single-player missions (15 of which are playable in co-op), along with a slew of weapons and gear to fight various enemy types.

Anyone interested in pursuing a tactical adventure through the Middle-East can expect the game to grow to 100 missions (mostly playable in co-op), more locations, more than 60 weapons and items, and over a dozen enemy types.

There’s a heck of a lot in store for players, it seems. Those wishing to dive in right away will be rewarded with a cheaper price also, as the developers have let it be known that the price will rise by around 20% once the game launches fully.

If you want to learn more, you can check out the game on Steam here.