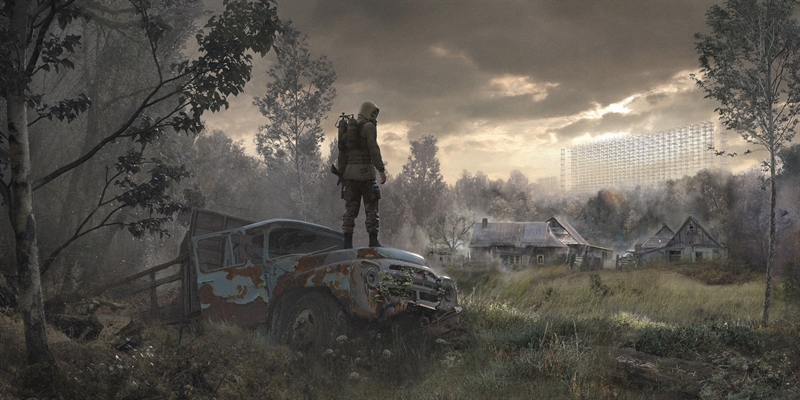 A first-look at the upcoming game.

Fans of the S.T.A.L.K.E.R. and Metro franchises have been patiently waiting for more news of GSC Game World's next title, which is due for release at some point this year. Late in December, they teased us with some in-engine footage, and I have to say, it looks *** good.

It's a clip that lasts less than a minute, giving us a strong feel for the game and its visuals. We see in first-person a run through a broken-down, abandoned building with a fire lit, before stopping in a room and pulling out a PDA. The last thing we see is various objects start to float and a chair being hurled in our direction. So, it seems the franchise won't be missing any of its weird, horrific anomalies anytime soon, and that's great to hear.

The visual fidelity, as you might expect after so much time between games, has taken a huge leap. I'm reminded of titles like Metro Exodus as I watched the clip, and that's definitely a compliment  – Exodus was a stunning game. It's only a short clip, and we've yet to see much of the wider spaces we'll be traversing, but if these scenes are anything to go by, GSC Game World have brought the series a long way, and with plenty to look forward to when it arrives.

It's been eleven years since S.T.A.L.K.E.R.: Call of Pripyat released, and fans have been eager for more. Metro Exodus filled a void for a time, but like many, I'm eager to enjoy the unique bleak, often scary experiences that the S.T.A.L.K.E.R. franchise delivers.

Check out the new teaser trailer for yourself here.

Once you've done that, let us know your thoughts in the comments below!