Indie Dev 101 - Working with friends, covering yourself legally and supporting yourself financially. 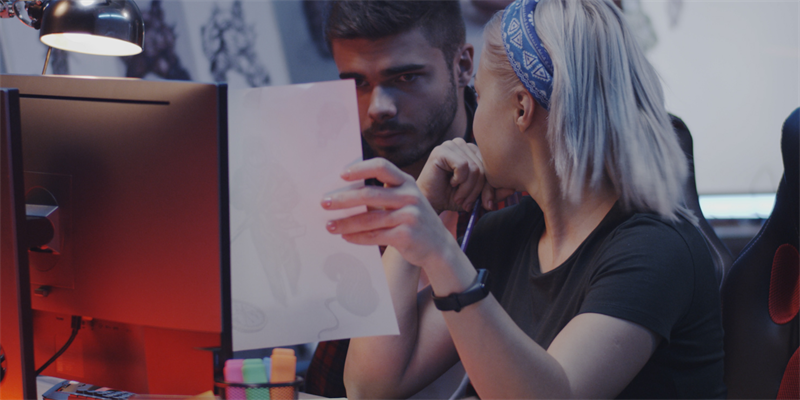 Making a video game is hard. Making it with a small team and a small budget is even harder.

Smaller teams have to fill multiple roles, becoming the designer, accountant, marketer, developer, and more besides.

If you’ve been thinking about entering the video game making space as an independent developer, it’s worth understanding what you’re getting into, and how to avoid the pitfalls that have plagued others’ development previously. To that end, we’re sitting down with multiple studios and publishers to gain insights on their history, the successes and challenges they’ve faced, and how they’ve reached the lofty status they enjoy today.

In Episode 1, we’re looking at how to begin; how do you find the financial resources to start? Is it wise to work with friends? What do you need to have in place legally? Voices from various studios and publishers have their say.

We start by asking about how they prepared themselves financially to make a game, and how long it took until they start to saw a return on investment from their work.

Christopher Wulf, a current free-agent, previously working with publisher Those Awesome Guys and indie games showcase, IndieMEGABOOTH kicks things off: “It’s not uncommon for the first game you make to flop, especially for young studios releasing their first few titles, which makes it tough for new teams to survive. Those first years are often filled with financial failures before studios find their spot in the industry and their own niche that allows them to turn a profit.

The lesson here is start small, don’t make your first game one you’ll be working on for years to come. Give yourself room to grow and evolve.”

Kris Antoni, founder of developer and publisher Toge Productions, known for Coffee Talk, Necronator and When The Past Was Around agrees with Christopher, reiterating the need to start small and give yourself room to grow: “Our first piece of advice for anyone starting out is to start small. Don’t aim to make a multimillion-dollar game for your first time. In my case, I started Toge Productions with a friend from college in 2009. We starting by making Flash games in his parent’s garage with a few computers and around $1,000 between us to see us through three months.
Fortunately, we managed to finish our first Flash game in those three months, and made around $3,000 in sponsorships and ads.”

Beidi Guo, from Lantern Studio, the company behind hand-drawn point and click puzzler, LUNA The Shadow Dust adds her studio’s experience: “LUNA released on February 13th of last year, and for a small indie title like this, we expected a return in one to two years. We relied on pre-production funding to start making the game, which put us in a good financial position to start.”

We move on to discussing how developers and the publishers supporting them make decisions on who to work with, and the importance of creating the right team for a game.

Kris: “I had already met a few friends in college who loved making games. We shared a vision, so we decided to make a start in 2009. I think having that strong shared passion and similar goals is vital. We had our disagreements throughout production, creative differences, but I think communication is key to maintaining any relationship. We always look to align our vision so we stay on track, but at the same time understand that friends will want to follow a different path, and we accept that.”

Beidi: “Working with someone you trust and are close with can be amazing, but in reality, it’s not always easy; changes happen often. If you happen to have a close team, consider yourself really lucky.

“If you happen to have a close team, consider yourself really lucky.”

Working solo is the most reliable way of working, but requires a tremendous amount of willpower, self-discipline, and skills.
The biggest challenge when working with friends or others will be having to make tough choices when there’s a difference of opinion. I prefer choosing friendship in difficult situations, so I choose to avoid working with close friends, and will continue to do so in future.”

Beyond choosing who to work with, there’s also the legal implications of starting a company. Christopher can’t overstress the importance of getting things in writing and tracking your progress:

“Never underestimate the need for contracts and accountants. It’s important to establish a stable framework that allows you to focus on development and worry less about operations once you’ve taken care of the initial steps of setting up. Make sure you’re within legal guidelines and have your finances figured out right from the start. Do not underestimate the power of spreadsheets in tracking these things.”

Beidi has a different opinion however, preferring instead to simply make a start: “You don’t actually need all the legal elements in place before you start. All you need to begin is a workable idea and some basic equipment that allows you to start creating a game.”

Kris agrees: “When we started in 2009, we just focused on making Flash games. We registered the company legally in 2010. Making games and managing a game company are two completely different things.

You don’t need to start a company to start making a game.”

Working on a video game can be intense, and oftentimes, a lonely experience, especially for solo developers. We ask our interviewees where they tend to work, and how they manage as a team.

Sarah Johana, Toge Productions’ lead community manager starts: “We rented a house and turned it into a studio for us all to work on our projects, but obviously due to the pandemic, we’ve all been working from home since March 2020.”

Domiziana Suprani, producer at Studio Evil – the team behind games like Super Cane Magic Zero and Syder Reloaded, also endured challenges throughout the early pandemic: “We share a space with our sister company here in Italy. With lockdown happening back in March of last year, we’ve been working remotely for the most part. Sometimes, two to three people may head to the office to work in a group. The hardest part was releasing both our most recent game and a major DLC for our previous title the exact first week of national lockdown.”

Christopher shares a similar experience: “I’ve worked mostly remote throughout my career, although I’ve also been part of teams that worked from office spaces or a dedicated space within a studio members home.”

Beidi prefers working around others, but works from her home to save costs (a common occurrence for young and small studios): “I work from home to save on budgets. I’d really like to work in a shared workspace though; working alone at home can often feel isolated.”

We move back to discussing finances, this time asking about whether they’ve pursued external funding, mentorships, and other assistance.

Beidi kicks off by opening up about the studio’s Kickstarter campaign and the team’s own inclusion: “We received funding from our Kickstarter campaign, and then we all chipped in our own savings. The budget was naturally limited but you’d be surprised by how little you need to keep the project going. We didn’t apply for grants, as some require you to be a registered company or have at least one title published already. We didn’t know much about it initially, but we’re definitely bearing it in mind for the future.
In terms of support in the team, we help each other with technical issues and the like. We also received a lot of free help from our wonderful community.”

Kris reflects on the state of video games in Indonesia back in 2009, and how small the industry was then: “In Indonesia, video games are – even now – perceived negatively. In 2009, the game industry in Indonesia was very small. So when we started the company, we didn’t have any funding or any mentors. We bootstrapped for many years and learned everything on our own. Sure, it was tough but looking back, I think it was a necessary process that helped shaped Toge Productions into what it is today.”

In contrast, Christopher found himself lucky, surrounded by people he looked up to and relied on for advice and support: “Mentorship has been a large part of my career, something I had to learn to accept and ask for. I got lucky in meeting people at trade shows and local meetups that I looked up to, that were happy to help and have given me very good advice over the years.

“They [mentors] have definitely been a major help in my decision-making process while working in games.”

I never planned to find a mentor, nor would I have known where to start, but eventually by meeting new people and by exchanging information with each other, you grow closer and start being comfortable and transparent about your concerns and questions. They have definitely been a major help in my decision-making process while working in games.”

Finally, we ask them about the tools they use to make games, the art within them, and so on. With so many game engines freely available and an array of programs ready to help teams put together music, art, and more, it can be tough to choose.

For Kris and Sarah who started out making Flash games, it was an easy choice: “In the beginning we used Adobe Flash. Back in that era, Flash game portals such as Newgrounds and Kongregate were crucial for getting your game in front of people, as you can imagine.
Now, we mainly use Unity. As for the art, we use Adobe Photoshop, Aseprite, Blender, and Spine.”

Beidi follows suit, sharing a similar toolkit: “Unity, Adobe suite and Fmod for game development. We also use SVN to share the project, and Asana to manage the production within the team.”

Casey Lucas-Quaid, community manager at Dinosaur Polo Club, the team behind minimalistic management sim Mini Metro and later, Mini Motorways stresses the importance of looking beyond just the game engine you intend to use, towards the other aspects that may not be top of the list:

“At Dinosaur Polo Club, we typically use the greatest hits like Slack for communication, and JIRA and Monday for bug and issue trackers.”

“You’re going to want to budget for additional software as well, like time trackers, bug trackers, that sort of thing. You also need to ask yourself how team members will communicate. At Dinosaur Polo Club, we typically use the greatest hits like Slack for communication, and JIRA and Monday for bug and issue trackers.”

Starting can be hard, but as you’ve seen, it can be as simple as picking an idea and running with it. You don’t need a legal corporation, expensive software, or a large team to create; whether you’re working alone or with friends, find your vision and pursue it. The tools are out there to help you make it happen!

Stay tuned for Episode 2, where we speak to the studios and publishers about Kickstarter and crowdfunding campaigns, and their impact on success.