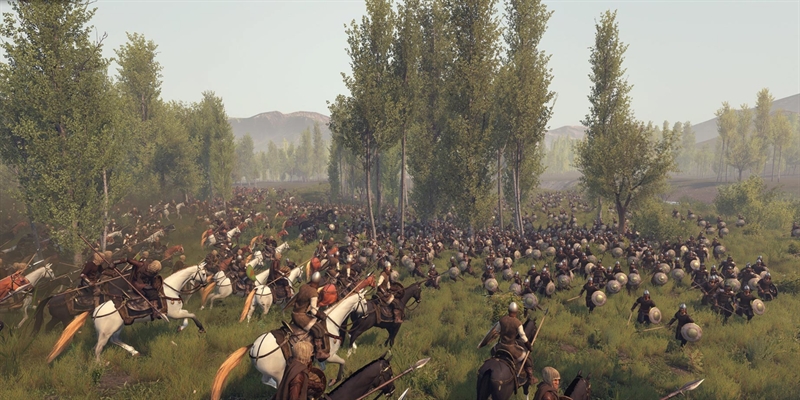 It's hard to believe Mount and Blade 2: Bannerlord released in March of last year.

It feels like those nine months have just flown by, and yet, at the same time, I feel like I've been playing Bannerlord for much longer. Perhaps it's because I was playing Mount and Blade: Warband for years before. I digress.

Work on Bannerlord is ticking along nicely, bringing with it a host of fixes, updates, and enhancements for the open-world medieval simulation that is Mount and Blade. Towards the end of December, TaleWorlds Entertainment dropped a development update on their blog, letting players know they can expect some meaty updates coming soon, and there's plenty to look forward to.

The headlining feature included with Development Update #6 is rebellions, introduced with a recent beta patch. Take an enemy's city, fail to secure the loyalty of the townsfolk, or leave them to fend for themselves, and you may just find they do exactly that; with the new feature, towns and cities will strike out on their own and rebel against you (or their respective faction) if efforts aren't made to keep them happy.

Furthermore, these rebellions mark the introduction of a new clan. Fail to stamp them out, and in time, they'll be recognized as a legitimate faction.

Along with rebellions comes a slew of other interesting new features that should help shape the medieval experience even further:

Other improvements are also coming, such as AI characters now able to marry and a large increase in AI clan members in general, which should make for more varied and increased populations across the game world.

Snowballing in mid to late game should happen less, as wealth through factions is distributed more evenly via shared treasuries (no running off with all the loot, ya hear?). You'll also be able to disable the birth and death systems, if you want to enjoy the experience without the risk of losing your beloved character.

Finally, settlement event notifications will soon be a thing, letting players know if the town they're nearby has issues or tournaments ongoing, without needing to trek into the town to find this out.

Are you playing Bannerlord? Which faction do you typically side with? Looking forward to any mods in the works? Let us know all in the comments below!