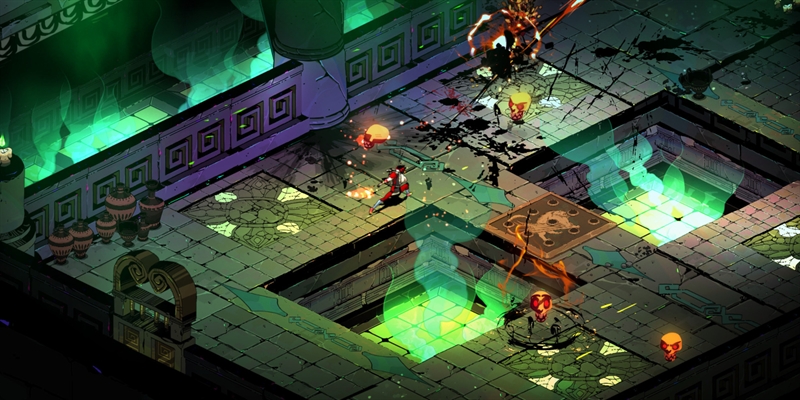 We're now in a new year, 2021, hoping it brings with it better news and times for all. But before we close the chapter on last year, let's have a quick look back at the games that came out, and which ones I'd personally consider games of the year. Before I begin, let it be clear these are my picks; I'm sure you have some of your own, and we'd love to hear what your picks were for 2020 (go ahead and leave them in the comments!), but these are my own purely subjective choices for the best gaming experiences I had last year. In no particular order:

A roguelike that sort of came out of nowhere, Hades impressed me with fluid, fast-paced combat that combined traditional roguelike replayability and freedom, with a wonderful story – something rarely encountered in roguelike games.

I know I speak for many when I say it was about time we saw a Viking AC game, and boy, did Ubisoft deliver. Playing as Eivor, we travelled across Norway and the breadth of England in a story that picks a few franchise threads up and runs with them. Combat is more visceral than ever, map marker fatigue has been toned down, and while I wasn't completely in love with the climbing mechanics (Eivor, please let go of the *** wall!), it definitely feels like Ubisoft has taken a number of steps forward in their approach to the Assassin Creed design. I'll be playing this one for a while to come.

What's to be said that hasn't already been said a dozen times? Doom Eternal is fast-paced, action-packed, and lets you live the gun-toting fantasy of being a demon-slaying badass. DOOM 2016 set the stage with an experience that trimmed the fat; there were no lengthy cutscenes or introductions. You woke up, you saw demons, you killed them. Simple. DOOM Eternal continues that design ethos, bringing with it richer backstory and flavor while keeping the pace high. A true gem.

ROR2 sucked away dozens of hours of my time last year, and for good reason. Countless items, characters, environments, and combinations of all three made for intense, satisfying gameplay. Throw mods into the mix where I was able to play as Goku from Dragonball, complete with an RPG-esque levelling system that saw me go from Super Saiyan to Saiyan Blue and beyond, well; it's an experience unlike any other, and with more content on the way later this year, this one's staying installed indefinitely.

I love a solid strategy game, and CK3 brought that in spades to our screens. Sure, the previous entry has a multitude of DLC that introduce various mechanics and systems, but the core experience of III in comparison is so well-crafted, to tightly-focused, it makes simply living out medieval power fantasies easy and rewarding, something Crusader Kings II made you fight for, and not in a necessarily fun way. I look forward to seeing Paradox Interactive work on this one; it's already a polished gem, and with plenty of scope to expand, I expect it'll be talked about and played for years.

Those are my picks for 2020; now tell us yours in the comments below!