Ranking Every Assassin’s Creed Game: Ready for an Argument? 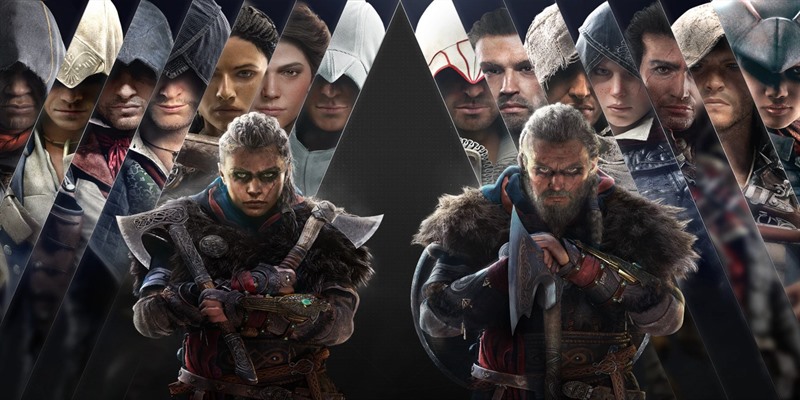 What we’re about to cover might ruffle some feathers; it may even pluck one or two.

Everyone has their favorites. We’ve all seen the arguments around the Final Fantasy franchise, and why VII is the best and X is the worst because Tidus’ fake laugh is awful, etc etc.

But putting that one aside for a second, why don’t we argue about a completely different franchise? Namely, the Assassin’s Creed series of games. I’ve played virtually all of them through to completion (PC titles only) and I have a few opinions on what I’ve played.

What better way to share those opinions that by ranking each game in a list, and seeing what everyone thinks? I’m fully expecting a…differing of opinions in the comments. I fully welcome your explanations on why I’m wrong, and why III’s Connor is the best protagonist in the entire series.

Let’s dive in, starting with the ‘worst’, and I’ll see you in the comments later for a ‘Who’s right, Who’s wrong’ debacle!

Assassin’s Creed Syndicate: I won’t lie to you dear reader; I didn’t finish this one. In fact, I didn’t get particularly far into it. I’m not entirely sure why. The setting is interesting, the gang mechanics are pretty cool, and the protagonists had charm.
I think if I had to pick any reason why this one is on the bottom of the list, it’s that I never felt a kinship or meaning to be fighting or striving as an assassin when playing as the Frye’s.

Assassin’s Creed: Revelations: Another one I never actually completed. I know, I know. Some of you are gasping out loud, and preparing shocked and horrified comments for me below. I think by the time Revelations rolled around, I was done playing as Ezio (I’m sorry!), and wanted to see what Ubisoft had next for us. Compounding that was that I actually didn’t want to see the closing chapters on Ezio’s story. In my head, Ezio isn’t an old man, he’s still youthful, vibrant, and fighting for what’s right alongside his Creed brethren, and that’s how he’ll remain for me.

Assassin’s Creed Rogue: I enjoyed this one, but not as much as I enjoyed Black Flag and its vibrant, tropical setting. The mechanics and ship gameplay may have taken a step up in Rogue, but for me the setting certainly didn’t. Also, no one can tell me the shanties in Rogue are better than Black Flag’s. They were perfect.

Assassin’s Creed: This is surely to be expected. Being this far down the list is mostly due to how dated this one feels now. It came out in 2007, 14 years ago! Some dated mechanics are to be expected. And yet, despite it feeling dated, it’s still one of the best in the franchise to really make me feel like an assassin. Learning about my handful of targets, finding the right strings to pull, and finally setting up that perfect kill and getting away from the scene was always an exhilarating thing to pull off.

Assassin’s Creed III: Some people really dislike this one, and I can understand why. Connor is a dry and somber character, particularly when paired to the more light-hearted, charismatic characters that both preceded and followed him.
Despite the dip in character affection, I loved the setting of III, and the way the developers rolled the American Civil War into an intricate and enveloping story. I was sad to see Desmond’s story end here, especially when I’d hoped to see him become a modern-day assassin (I’m still hoping for that modern-day experience, c’mon Ubisoft!).

Assassin’s Creed II: One of the entries many people love, and for good reason. Ezio brought a bright livelihood to the games, and it’s where the game really stepped into the limelight. There’s not much more I can say that hasn’t already been said about this one elsewhere, but it’s a great game, and should be played if you haven’t checked it out already.

Assassin’s Creed Unity: Here’s a controversial one. Unity marks one of the more tumultuous times in the franchise’s history, and yet also marks one of my favorite experiences with these games. The parkour became buttery smooth, and Arno’s movement really felt life-like. It also didn’t hurt we got bustling, revolutionary Paris streets and all the stunning architecture that entailed.

I was also sucked into Arno’s story, and saw it quickly through to the end. Add to that a wonderful array of customization, making Arno look like a very smart gent, and the co-op missions adding even more flavor to the game, and I consider this one a great entry – initial bugs and hiccups included.

Assassin’s Creed Origins: The first entry of the RPG-focused era of Assassin’s Creed titles, and a great entry in general. I missed the real assassin vibes from previous games, as this one’s set in ancient Egypt, and showed off the first iteration of what would become the Assassin Brotherhood. It was a great romp through Egypt’s beautiful environments, and paved the way for what came next.

Assassin’s Creed: Brotherhood: This represents for me and many others, one of the highest points of the series. We got Ezio once again back in the saddle, along with some broader game mechanics to really make us feel like part of a group. I still have fond memories of this one, and I expect I will for many years to come, with no expectations to knock this one from its nostalgic top spot (though not the topmost spot).

Assassin’s Creed Odyssey: Ubisoft really went crazy when they released Odyssey. One of the largest open worlds they’ve made, the largest for an Assassin’s game, and they filled it with beautiful scenery and plenty of people to battle. It helped that I’m a sucker for Greek history (especially when it includes Spartans). Being able to Spartan kick someone off a cliff? That’s something that has to be experienced to understand the sheer joy it brings.
Every iteration in the RPG series that Ubisoft has transformed the franchise into brings with it new mechanics and more engaging gameplay, and in Odyssey I found a perfect blend of story, gameplay, and exploration, with more than enough to occupy my time for hundreds of hours.

Assassin’s Creed Valhalla: It’s hard for me to rank Valhalla above Odyssey, so I consider these two on equal footing in this list. This one came out more recently, bringing with it some improvements to Odyssey’s formula that pushes the gameplay a step forward.
The combat since Odyssey has been transformed into this visceral, gritty stomping and smashing of enemies, and I love it. I’m the Viking Eivor after all, and I’ve arrived in England, ready to find myself a home, and carve my way through anyone wishing to prevent that from happening. While the world isn’t quite as vibrant and engaging as Odyssey’s, Valhalla’s world has its own personable warmth to it, and building the hometown from a simple hall into an entire village gives it more meaning and purpose.
I’m not finished with this one yet, and with DLC on the way taking us to Ireland and Paris, I’m more than happy to keep trucking on around England until then.

Assassin’s Creed IV: Black Flag: One of the few I’ve played multiple times. If you’ve played this one, I don’t think you need to ask why. The ship combat is second to none, for any game involving ship combat. The story was incredible, and the characters you met along the way still hold strong positions in my memory (and heart). Edward Kenway wasn’t always the most honorable of protagonists, but watching his reputation grow, and playing through his adventures – it’s something I’m able to do again and again. I won’t spoil the story for anyone who hasn’t yet played it, but it’s something to behold, and arguably the most emotional across all of the series’ titles.

There you have it. My list of ranked Assassin’s Creed titles. I’m sure there’s a few similarities between mine and yours, but I’m interested to know where they differ. So don’t be shy; drop your list, comments, and critiques in the comments below!