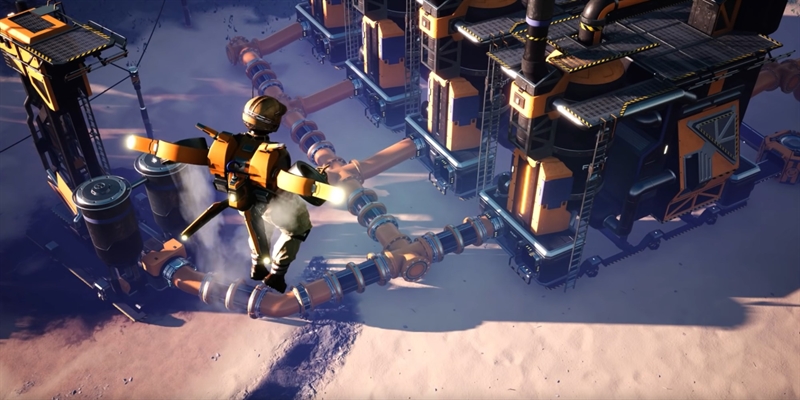 What is it about building factories that has us all so enamoured?

First it was Factorio and its wonderful 2D world filled with research and rocket-building possibility. Now we have Dyson Sphere Program and the ever-present Satisfactory and its massive 3D open world to carve into our imaginary industrial delight.

These games are mind-bendingly addictive, enabling us all to build stuff that will help us build more stuff, until the world around us is all conveyor belts and product-producing machines. Sounds like a dystopian nightmare, but one of our own making.

Speaking of making, Satisfactory has another update coming out in April, the fourth update for the game. It’s set to bring with it a multitude of new additions to the game, including:

Hover Pack: Why walk when you can fly?

Zipline: You’ll now be able to zip along power lines, keeping you moving quickly through your factory using the lines already pre-installed throughout – smart!

There’s plenty more and you can check out the full patch notes on Reddit. Alternatively, enjoy the shenanigans of the two community managers as they take you on a silly adventure to uncover each new addition in their YouTube video update.

There’s plenty to unpack and look forward to, and thankfully we don’t have long to wait to try it all out! Now if I could just actually reach the end-game and not be distracted by other games, that’d be great…

Which new addition is most exciting for you? Let us know in the comments below!