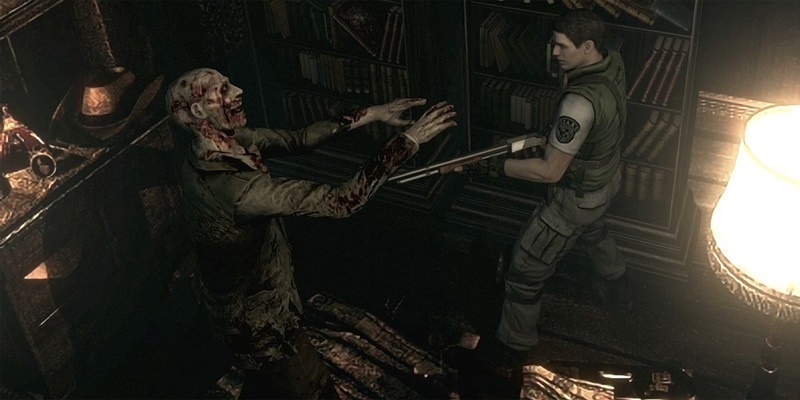 It’s the spookiest time of year, so we posed the question to the Legion Gaming Community staff: What is scariest/scurriest game that you ever played?

Now, it is important to remember that this is NOT an objective analysis. This is a totally, utterly subjective selection of personal picks and certainly biased based on the context of whatever point of our lives we were in at the time.

Turn off the lights and read/watch on…

…on second thought, you may want to keep the lights on.

"The Metroid series has always been my favorite pseudo-horror lineup, especially two titles: "Metroid Fusion," and "Metroid Prime 2: Echoes." Both games (released around the same time) play on fear, but they do it in different ways.

‘Fusion’ is all about suspense, foreshadowing, and the thrill of being hunted. You'll find fresh exoskeletons of massive soon-to-fight monsters, see looming shadows in sector backgrounds, and hold your breath as the terrifying "SA-X" searches for your hiding place.

‘Echoes’ takes the countdown timer staple of the Metroid series to another level. For half the game, you are forced to push through a dark, health-draining world to advance the story. There's no way to avoid it; you'll have to move fast, fending off enemies and race through the void before your energy tanks hit zero."

“Horror games aren’t exactly my forte, but it has to be P.T. A brilliantly-paced, entertainingly-terrifying ordeal garnished with a slice of classic Kojima madness. P.T. has more atmosphere in one flickering light or creaky door than in countless other jump-scare fests.
Playing through it with a group of friends, all of us cowering in front of a TV, is easily one of my most vivid and (dare I say) cherished gaming memories. I think the fact that we were able to collectively experience the terror was the only thing that got me through that session.

“Not a horror fan, but I did play 5 minutes of Dead Space with my partner a while back and accidentally elbowed him in the face on reflex…”

“OK, so a couple of important things to note. 1) I was a Nintendo fanboy 2) As a launch-day teenage owner of the GameCube, I was SUPER defensive about how 99% of Gamecube games were for kiddos, instead of the totally-super-mature ‘adult’ that I claimed to be (online).

Resident Evil was one of the first mature games launched on Gamecube (and a platform exclusive!) that was also visually impressive. Racoon City scared the **** out of me. With the purposefully not-nimble character movements, you couldn’t easily scamper away from the baddies, heightening the intensity.

Pretty sure I never played this one without the lights on.”

“I’m taking it WAY back and going with The 7th Guest! This was the ultimate nightmare-inducing first-person puzzle game for me in the 1990’s, and after playing it again recently, it still holds up! In the game, you make your way through a ghost-laden mansion solving puzzles, navigating mazes, and watching gruesome scenes play out before your very eyes as part of some twisted game.

It’s a definite classic and was actually given the remastered treatment for its 25th anniversary in 2019 (wow, that makes me feel old). Check it out on Steam…if you dare!

Who is the biggest scurdy cat of the group? And what’s the scariest game of all time for you? Let us know in the comments below - and Happy Halloween!