Staff Picks: Games we’re most looking forward to in 2022 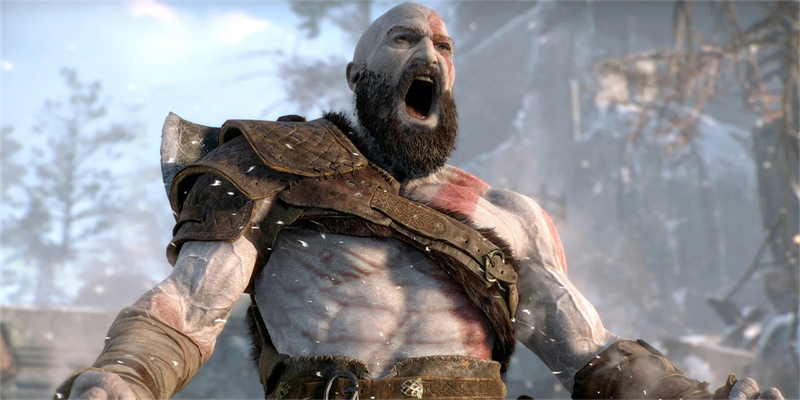 Turning over to a new year always brings a special sense of hope, and 2022 will hopefully exceed that hope with its great line of game releases.

The Lenovo staff – with all of our quirks and individual preferences – selected its picks for the most exciting games of 2022.

Read on and feel free to share with the class!

I don’t necessarily think this will be the most interesting or most innovative game that drops in 2022, but the Rainbow Six franchise has always been one that I have wanted to get into (and good at). A new release might be just the ticket to get me to give it a proper go. Now, if only I could improve my gaming IQ and succeed at any legitimately tactical game.

I really hope 2022 is the year Riot brings their MMORPG out. I’m desperate for a new MMO with a universe that might feel somewhat familiar. WoW just doesn’t do it for me anymore and New World felt too intimidating to jump into. If the MMO misses 2022 though then my back up is God of War Ragnarok.

God of War Ragnarok - The last 18 months of Pandemic have been a bit of a Norse renaissance for me – 100+ hours of Assassin’s Creed: Valhalla, First watch through of Vikings and Last Kingdom on Netflix, Finally playing all of The Banner Saga (I’m not crying, you’re crying!) and discovering Mjolnir Restaurant in Sydney – the sequel to this outstanding game will cap it off.
Combined with the fact that watching Kratos grapple with his blood and debauchery filled past, to try and become the father his adopted son needs is an emotional rollercoaster.

Starfield - I’ve stopped waiting for Elder Scrolls VI and moved on with my life.

As a long-time God of War fan, I had high hopes for the PS4 reboot, but I don’t think anyone was prepared for the sheer magnificence that we experienced. God of War boasted visceral combat and stunning visuals, topped off with the game’s crowning jewel: an exceptional, epic story about a father and son growing, learning, and ultimately enriching each other’s’ lives in the face of adversity. Oh, and THAT twist reveal at the end, wow!

Santa Monica Studios has an excellent track recording of producing hit after hit, so I’m excited to see how they attempt to best their 2018 masterpiece. It’s going to be a herculean task, but I think they’re up to it… Oh dammit, wrong pantheon!

After falling in love with Bloodbourne and Sekiro during quarantine, I’m looking forward to FromSoftware’s next gem. Here’s to dying. Many many times.

Pokémon Legends: Arceus – Not fully open world like what everyone thought, but still a nice change to the classic Pokémon formula. Can’t wait to turn my cap backwards, que theme song and catch them all.

Sifu – Being a huge fan of the old school Kung Fu moves starting Bruce Lee, Jackie Chan and Jet Li, this game looks to put you in the drivers seat of an epic martial arts journey from trainee to grandmaster.

After playing Halo 20 years ago when it first came out, it’s back to basics and better than ever. And even though my reaction time isn’t what it used to be, I’m still able to hold my own and cause problems for the other team. It’s like meeting up with an old friend...and greeting them with a sticky plasma grenade.

Teamfight Tactics from Riot is on the other side of the spectrum and extremely fun – plus it’s free! The best part is, you don’t have to be great at League of Legends (or ever had to even play it) to have fun and battle in this Auto Chess title. The best part is, it’s on both PC and Mobile, so you can get a round in wherever you are.

I was tempted to put some slightly more niche games… Kerbal Space Program 2, Tactical Breach Wizards… Ooh even Bloodbowl 3… but I just know that if either Starfield or Baldur’s Gate 3 launch ‘properly’ in 2022 that’s it for my social life.

I grew up on Baldur’s Gate 1, 2 and Throne of Bhaal (the lord of murder shall perish!); I’ve played the Elder Scrolls games since Morrowind, all the fallout games and I loved the Divinity Original Sin series… so Baldur’s gate I’m confident I’ll love, the perfect match of IP + Devs and Starfield… I have high hopes.

Ben Green (US Community Manager): Breath of the Wild Sequel

Confession – I didn’t actually play Breath of the Wild. I KNOW, unforgiveable. But I did watch a lot of gameplay, and have successfully been swept up in the hype train for this highly anticipated title. It’s safe to say that Breath of the Wild changed the landscape in gaming since its release. Nowadays, any new open-world game is simply “___ meets breath of the wild” (Genshin Impact, looking at you). I’m pumped to see what Nintendo brings to the table with this sequel, and whether they can live up to the hype fans have created.

Also Mark, no SHOT the Riot MMO hits this year. But I'm right there with you Hopium

What 2022 games are you most excited about?  Drop a reply in the comments below.