Steam’s 2020 Autumn Sale Was Its Largest Yet 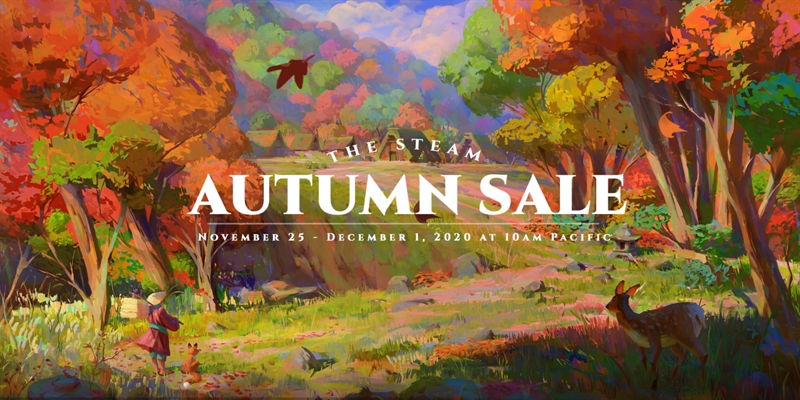 The Steam Winter Sale is only just ending, so this news could age quite quickly if it marks a trend, but for now, Steam’s Autumn sale, that spanned November 25th to December 1st of last year, is considered their largest sale ever. In a blog post released recently, Valve – the company behind the Steam platform – detailed its achievements over last year, and the record figures they’ve managed to achieve.

That means not only has Valve enjoyed a pretty good quarter (and year in general), but it seems more game developers than ever on the platform have seen more success in 2020. Considering the state of things around the world, it’s no surprise; more of us than ever are at home, spending time with movies, books, and obviously – video games.

Valve called this out themselves in their blog:

“Certain factors driving that are beyond our control—the ongoing quarantine, new games finding success, older games finding fresh momentum—but we’ve also put a bunch of work into including personalized recommendations, and broadening the ways customers can browse the sale event. This year’s newly introduced genre hubs made it much easier for customers to drill down into interesting subcategories of games.”

It's true. Steam has evolved considerably over the last twelve to eighteen months, and we’ve watched them add multiple new features (most recently, the personalized news and updates areas among them), all of which have gone to make Steam an easier, more approachable platform – undoubtedly a contributing factor to its ongoing and growing success.

As the Winter Sale now wraps up, it’s possible we could see this news overtaken, as colder weather plays its part in keeping us all indoors. It remains to be seen, but it’s great to hear that developers have enjoyed new levels of success in one of the weirdest years we’ve seen yet. Have you picked up any new titles on Steam over the Holiday period? Let us know what you went for, down below.