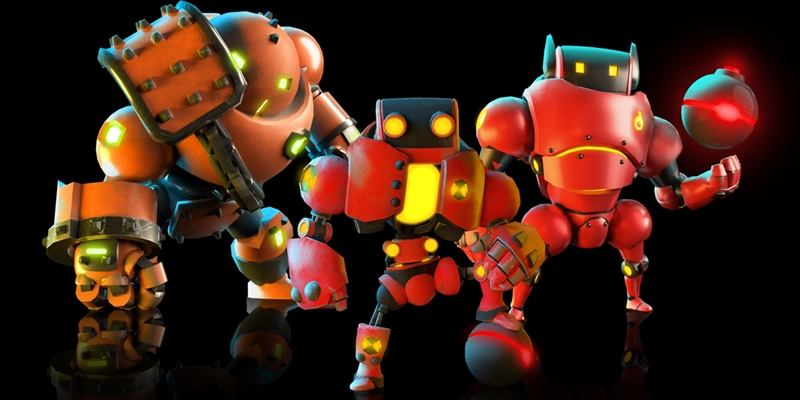 Maurice is a developer, founder, and Game Director at Tiny Roar, an independent game development studio located in Hamburg, Germany, who started developing Bomb Bots Arena in September 2019 and released the game in June 2020. Learn how Maurice and the team worked to build Bomb Bots Arena across platforms and what changes they’re making to the game in the future!

Bomb Bots Arena is a multiplayer game where you can send Bomb Bots to online arenas or play with friends. You can play with up to 32 players from around the world and blast your frenemies away in Battle Royale mode.

Create your very own Bomb Bot by unlocking more and more parts while you progress, select your favorite loadout before heading into the Arena, and find your favorite playstyle with the following abilities:

Ready to get started with Bomb Bots Arena? Watch the video, then click here to play on Steam right now!

Have you played Bomb Bots? Let us know what you think and tell us which indie game developers we should interview next in the comments!

For more interviews, live gameplay streams, eSports showcases, and much more, click here to subscribe to the Legion channel on Twitch today