What Have You Been Playing This Week? 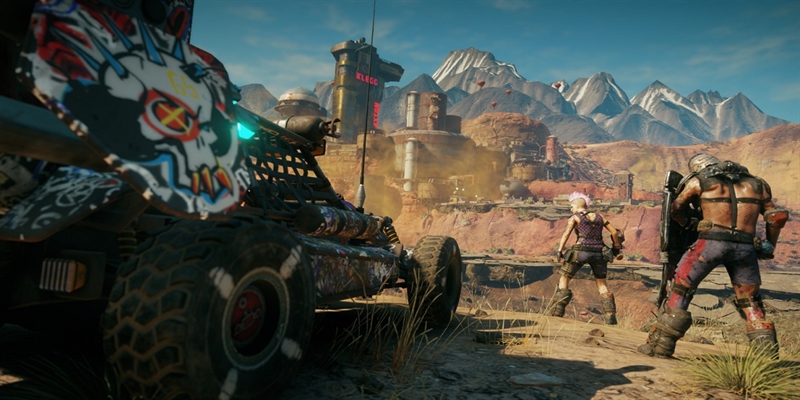 After a week or two’s hiatus, it’s once again time to check in and let us all know what you’ve been playing.

Seeing as I’m the one kicking off the conversation, I think it’s only fair I start us off! Without delay, here’s what I have on my proverbial video-game plate:

I’ve played this one before, and really enjoyed it. Since it was free on Epic Games recently, I thought I’d hop back in and revisit it, given it offers such a fun, wacky experience that combines Avalanche Studios’ penchant for open worlds with id Software’s gun-toting genius.

I’m still having just as much as the first time around. Sure, the story feels like it was cut a little short, and they’ve certainly left the door open for a follow-up, but I’m more than okay with that. I love the progression of acquiring various powers and weapons by visiting the ARKs, and even though I know most of what the game already has to offer, I’m enjoying myself regardless.

I’m still playing through my Roman campaign (the Britannia and Spartan campaigns have sort of fallen by the wayside at this point). As it stands, I’ve now conquered the entirety of Europe, much of Northern Africa, and I’m now eyeing up the east.

Rhodos was on my radar as the next conquest, but before I could strike, one of the several Roman political families decided they didn’t appreciate the fact I held so much power, so they took control of several of my armies and a good handful of my land. Switching gears, I stamped that out, though it did take some time to accomplish.

Pesky power-hungry politicians. Now that everyone seems to be content again, the east beckons once more…

This game has certainly come a long way since its initial release back in 2017, to a mixed response to say the least. With all its updates and additions, it now represents one of the best and most dedicated ways to enjoy the settings and locales offered by the Star Wars universe. I mean really, what could be more fun that bringing down Obi Wan Kenobi and Yoda as a rapid-firing, shielded-up Droideka? Not much, I’ll tell ya.

Enough about my gaming recollection; what about yours? Share what you’ve been playing this week in the comments below!