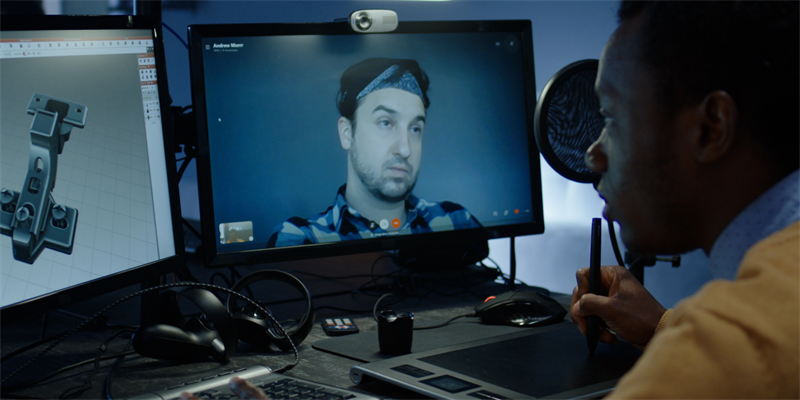 In this episode (we’re up to number four now, ticking along nicely!) of So, You’ve Decided to Make Your Own Indie Game, we’ll be answering the question: Do you really need a publisher? Some indie developers prefer to go it alone, while others appreciate the support and the ability to offload putting the game in front of people on someone else (Episode 5 will be covering marketing for those intending to do it themselves, watch out for that).

So, let’s make a start by looking at how our developers make decisions on whether to self-publish or work with established publishing houses.

Casey Lucas Quaid, community manager with Dinosaur Polo Club shares the unique experience of having done both: “For Mini Metro, our first game we went completely solo; no crowd-funding or publishing. We self-published mainly because we’d already done most of the work by the time we’d established the game’s credentials and put it out there into the world.

It really depends on what you’re looking to achieve; if you want to engage with the wider community and bring your game to people globally, and also keep control of things like trailers, then self-publishing is the way to go. You have to decide what you’re willing to relinquish, and what you’re not willing to compromise on or let go of.

With Mini Motorways, we went with Apple due to the open market at that premium price-point where competition was really low. They [Apple] were also offering solid backing and support, and their audience is so broad and diverse, we wanted to see how a niche game like Mini Motorways performed with people that otherwise may not have been interested in our games.”

Domiziana Suprani from Studio Evil believes in self-publishing, working with publishers in limited ways for aspects small studios may not be able to execute on their own: “We have always self-published our games. We’ve worked with publishers in limited capacities, such as with our first game in order to bring it to Steam, because there was no Greenlight process at that time. And for Super Cane Magic ZERO, we worked with an Asian publisher to bring the game to a wider audience, as well as to bring a boxed edition to the region as well.”

Beidi Guo from the team at Lantern Studio thinks it all depends on how large the scale of your project is, and the ability to find a publisher that meshes well with your vision: “It depends on your budget and workload. Having a good publisher is definitely a plus but it's not ways easy to find one. They need to understand and like your game, so they’re willing to promote your game and find the audience for your game.”

It can be surprising for some at just how much help a publisher can be, and the benefits they provide.

Meta Publishing’s Alessandro Cossidente believes there’s plenty a publisher can offer to first-time indie developers: “Well, there’s plenty that a publisher can offer, when you think about it. First and foremost, working with a publisher means being part of a system that is entirely geared towards making sure that your games are the best they can be. You’ll have a production team behind you that plans each phase and holds you accountable, and the kind of discipline and support most small studios don’t have.

Then there’s financial support that covers the costs of making the game and the knowledge, skills, and experience to ensure the title gets the attention it deserves. That’s what a publisher usually brings to the table.

“Each deal varies. There’s a plethora of publishers out there, each offering their unique mix of resources.”

Each deal varies. There’s a plethora of publishers out there, each offering their unique mix of resources. I can tell you that, at Meta, we prefer taking care of every aspect of the development process; from financing to production, QA, distribution, comms, and marketing but there are other publishers that, instead, might agree to only aid developers with distribution, porting, and promotion in exchange for a smaller cut of the profits.”

Beidi chimes in on the benefits of financials and publicity: “Financially, they can enroll your title to a big venue that a small team simply can’t afford, and sometimes also offer financial help to your development process. As for publicity, press lists and relationships is a publisher’s biggest strength. They can offer you a good strategy on sales over different platforms as well.”

Casey adds: “It’s easy to compare, given that we’ve both self-published and worked with a publisher. With smaller teams, it’s a matter of how much time working with a publisher can save you, especially if you’re more focused on the development side of game creation.

A publisher can also reach out to new connections and save you time and effort. Also platforms can respond more favorably to a publisher than to smaller indie studios; it sucks that that’s the case sometimes, but it’s a reality of working in the games industry.”

However, there is a cost to working with a publisher, and that’s usually a cut of your game profits.

To be honest, there are so many variables at play – just to mention a few: initial investments, number of copies sold, services provided, previous arrangements – that it’s very hard for me to give you a number without at least knowing the kind of project that we’re talking about. Which is why, usually, the first step when working with a dev is to sit down and go through the offer together.”

Beidi brings up the 70/30 split, a common distribution on platforms like Steam and mobile app stores: “70% to the developers and 30% to the publisher is a common margin. You can definitely push to have a larger share if you want to. Depending on your relationship with the publisher, try to ask them to help you as much as possible with anything. It should be a win-win relationship for both of you. Never give your IP or source code away, and put any agreement into writing in the form of a contract. Have the courage to say NO sometimes, and make decisions that put the health of your business first.”

Christopher Wulf from Those Awesome Guys reinforces the 70/30 split, though suggests much like Alessandro, that there’s plenty of wiggle room: “The best advice I have is to talk to other developers in similar situations about the deals they received to better understand what to expect in your particular situation.

The underlining expectation seems to be 70/30 deals in the developer’s favour, although I’ve seen enough deals over the past years to know that it’s not as standard as some might expect. As projects grow and more funding is required to develop titles, revenue shares may change in the favour of a publisher. But as funding opportunities grow and the search for content intensifies, deals might further swing the in favour of developers. Only time will tell!

Reflecting on their experiences, we ask whether they’d make the same decision and what they’ve learned from working with a publisher or not.

Toge Productions, run the line between developer and publisher, acting historically as one, the other, or both over their history of celebrated titles. Sarah Johana believes that the perfect time to go looking for a publisher is when you realize there’s something you find you can’t do: “We learned that when you know there’s something you can’t do, don’t be afraid to look for publisher who you trust and who you know can help you.

From our experience, we want to reach the console market but have no experience in that field. Thankfully, we found ourself a publisher who wanted to help us with the console release, and we figured that it was really helpful and we’re glad that we published our games with them. Before, we tried to self-publish on consoles but it wasn’t easy, especially when we had no experience there.”

Casey expands on the topic: “Whether we self-publish or go with a publisher depends wholly on the game. Mini Metro had its own identity, so we didn’t need to partner with a publisher. Partnering with Apple for Mini Motorways has been great for the support we’ve gotten, and it’s given the game a firmer bedrock for us to build on. It’s tough to say outright; you just have to do your research and see what makes sense for your game and what’s right for the game at the time you intend to release it.”

Not all publishers are created equal, and some will be a better match than others for first-time indie developers. We ask who our developers recommend.

Beidi suggests peer recommendations as a good place to start: “It’s hard to say but a good recommendation from another developer can be a good start.”

Speaking directly to publishers for a second, we ask them at what stage it makes sense for indie developers to reach out and begin connecting with publishers.

Janneke van Ooyen, an industry veteran who works at Bandai Namco Mobile, and previously worked with Crytek, offers advice: “I would say when you have a good playable demo, so that the publisher can get the feel of where the game is going and they have something to try out.”

Kris and Sarah agree: “At least when you have a playable prototype or MVP.”

Wrapping up, do our publishers have any tips for indie developers starting out on their first title?

Putting what you’ve made out there for people to see and respond to is the right approach, according to Sarah: “Don’t be afraid to show the world what you’re working on. Show it, post it on social media, share and ask for feedback from the community or from other developers. And don’t be afraid to fail. Fail fast, learn faster. If your first game fails, don’t give up. Learn what went right and what went wrong.”

Christopher warns against feature creep: “Be aware of feature-creep! Start small and over time increase your vision per project. There’s no need to start off with an independently developed RPG made by three people over 10 years. First try developing a small experience over a couple of months, figure out what works well and what doesn’t within your team and learn from it before investing years of your time into a project, only to figure out these issues halfway through development.”

Working with a publisher can clear your plate for what you really want to do; make games. Publishers can help distribute your game, build a community, and market your game for you. Speaking of which, keep an eye open for Episode 5, where we dive into everything marketing, and how you can make your game a smashing success!