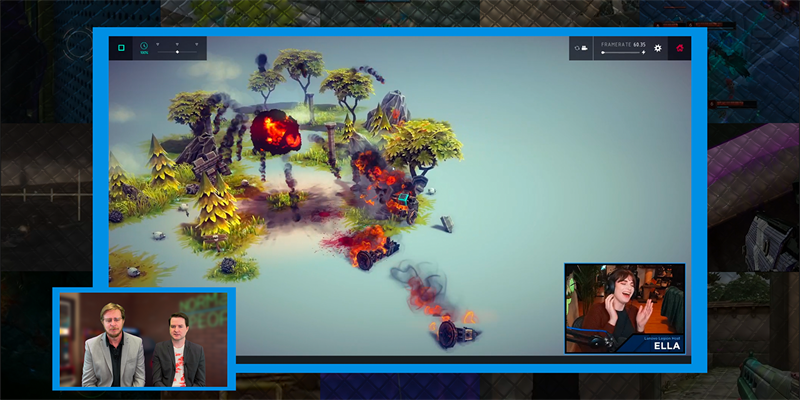 Just the Clips is here once again and it's the show where the Legion Gaming Community is the star of the whole operation!

We’re mixing it up a bit today as we are checking out clips from both our own streamers here at home as well as our amazing community members.

We’re seeing some crazy stuff today, so I hope you’re prepared. We’re getting down in some Rainbow Six Siege with 9ghtKnight who is taking the enemy team down a peg in a creative and unexpected way. Get the tweezers ready. Those splinters gotta come out somehow.

Following along with the theme of “whoops I didn’t mean to score a point but I’m sure glad that happened,” Jxffa has a fantastic moment in Rocket League when his opponent comes at him at full speed, only to punt the ball clear across the map and into their own goal. We love it when a non-plan comes together!

Mattias sends us some footage of SCUM and the terrifying moment he is almost overtaken by some very fast running zombies. You need to see the sheer control on display here as Mattias doesn’t panic and instead, takes them out one by one, each with only one well-placed bullet. Gotta save that ammo when you can!

Mohamed Z hits us with some Valorant gameplay and it is pretty dang glorious! Some good hits, quick thinking and uh… oh… well check your corners, people!

Finally we take a look at Ella’s Besieged gameplay and what we find is more than a little disturbing. Watch out for those sheep! They’re too squishy for your machines of war.

Take a look and then join in the fun by sharing your clips to be part of a later episode! We’re giving away a brand new Y25-25 Lenovo Legion Gaming Monitor so take a look at the official rules and let us see that clip! Whether it’s single player shenanigans, crazy glitches or epic strategies, we want to see your great moments in gaming. It only goes to show why the Legion Gaming Community is the absolute best community for gaming anywhere!

Don’t miss the rest of our Just the Clips videos