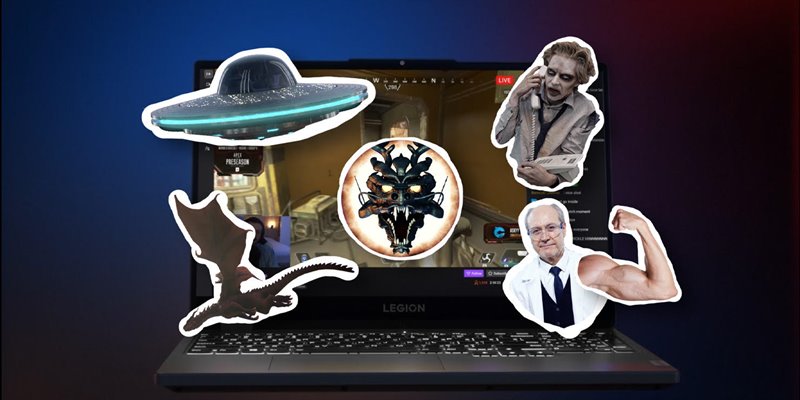 The Legion Gaming Community has a new series that is going to blow the lid off of some new secrets, fun facts and even some life lessons surrounding the Legion 5, Powered by AMD. Everyone knows the Legion 5 is a great gaming PC laptop, but did you know exactly what kind of games you really gotta try on one? This is exactly why we are here: to give you a better picture of the Legion 5’s capabilities across all facets of our lives.

Let’s be real for a moment, there’s a lot of zombie games out there. More than three that I know of at least. But there’s a good reason for that! There is really something about surviving against an onslaught of the ugly undead. Our video asks the important questions regarding some of those special types of zombies. We just want to understand what’s going on in case there’s a real zombie breakout someday. Hey, it could happen.

The Legion 5 powered by AMD is equipped with AMD FidelityFX

Super Resolution, bringing better performance and speed, and we’re all going to need it for those games that go whoosh and zoooom. There’s a bunch of games with raaaaawr and kaboom as well. You’re not going to want to miss a single frame of that. Kachiing. That’s another sound I like.

You’re going to want that Legion 5 in your corner when you face off against that big boss fight. You know the one. It has multiple phases, and come on; what’s with the multiple health bars? That’s not cool! I like to know what I’m getting into and the health bar sets that expectation. If a gamer drops the health bar and is rewarded with a cutscene, a 2nd phase and another health bar… well that’s just chaos!

The point is, if you're looking for an amazing gaming laptop, look no further. The Legion 5 Powered by AMD was designed for people like you. And you can trust us. We did a lot of zombie research.

Don’t miss the rest of our Legion in Focus videos