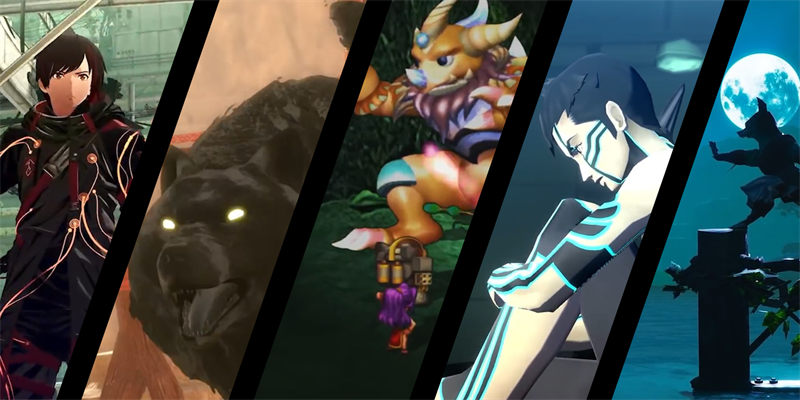 For our Top Anticipated Titles series, our data points will look more closely at social media as there are no sales figures, concurrent users, or other player stats for these unreleased games. We like to look at the “how and why” for our top titles and our picks use a matrix of the following stats: Current Steam followers, YouTube trailer views, Reddit subscribers, Twitter followers, Facebook followers, and Instagram followers.

The following list of games are unreleased at the time of production and are slated to be released in the very near future. Game trailer views will be based on the official trailer, or the single one with the highest number of views. A game that released six trailers cannot be judged fairly against a game with a single trailer, therefore only the top views trailer is counted.

To lead off our list of Top Anticipated Titles we’ve got Scarlet Nexus, a third-person action role-playing game set to be released on June 25, 2021 for PC. Scarlet Nexus did well across the board in our statistics but showed up especially well in the Steam Followers category. There it placed third overall with 35,600 followers anxiously awaiting its release. For the rest of the categories, it also fared either in the top five or relatively close.

In Scarlet Nexus players will take control of Kasane Randall or Yuito Sumeragi, members of the Other Suppression Force (OSF) fighting monsters set on ending humanity's existence. Both characters have special psychokinesis abilities that allow them to pick up and toss large objects with their minds giving the characters a superhero-like skill. Set in an alternate reality where advanced technology has led to superhuman brain powers, Scarlet Nexus offers swordplay and a skill tree to upgrade your characters mind powers.

At number four in our list is NieR Replicant Ver. 122474487139… a prequel to the breakout hit NieR:Automata, and upgrade of the legendary action-RPG NieR Replicant. In this spin-off from the Drakengard series players will roam the Earth 1000 years after the ending of the first Drakengard game. Earth is in a state of decay and players will try to find a cure for The Black Scrawl, an illness that is affecting the character’s sister (or daughter depending on which prequel you played.)

Published by Square Enix, a developer long known for excellent RPG’s, NieR has fans and curious gamers flocking to YouTube to check out the trailer which has over 684,000 views and counting. Hitting number one in the Trailers category, NieR also performed well on Steam Followers column coming in second place with 57,383 followers, just falling short to our number one game in this list.

Another blast from the past shoots into our number 3 spot for this month’s Most Anticipated Titles list. SaGa Frontier Remastered is an updated version of the RPG classic SaGa Frontier which was released way back in 1997. Saga Frontier was the first of the series to be released outside of Japan and the seventh game in the SaGa series. A new main character, updated graphics, and many other features are planned in the release which is slated for April 15, 2021.

Choosing one of the seven characters will allow players to follow along that particular character's storyline as they roam through the various regions. Fans of Final Fight style Turn Based Combat will appreciate the ability to carefully choose each attack as they move through the non-linear gameplay.

SaGa is another new addition to our list this month and it had incredible showings across the board. Though not all the Facebook Followers and Twitter followers were for the Remastered version, we decided to give SaGa Frontier Remastered the benefit of the doubt and those two categories elevated SaGa to our number three spot this month.

Another Japanese style post apocalyptic RPG comes in at number 2 on our spot this month. Shin Megami Tensei III:Nocturne HD Remaster scored max points in three of our categories including Facebook Followers, Instagram Followers, and Twitter Followers. The highly anticipated HD Remaster of this 2004 game will bring the series to a whole new generation of gamers.

Nocturne gameplay centers around a turn-based system as players follow a high school student in post apocalyptic Tokyo who is transformed into a Demi-fiend, a being with the powers of a demon and the heart of a human. Players can negotiate with demon NPC’s and recruit them to fight alongside as they attempt to navigate Tokyo, which has been transformed into a demon filled Vortex World. Ultimately, the Demi-fiend will choose their own inner philosophy of life, known in the game as a “Reason”, that can be used to mold the new world.

Biomutant stormed into our Top Anticipated Titles this month with high scores in all of our categories. Though it only took the top spot in two metrics, Steam Followers at 122,755 and Reddit Followers at 3,500, it performed well in all the other categories putting it at our most anticipated game for February 2021. We’re also seeing anticipation rise by the minute, especially in our social media categories as it gains interest and heads for its May 25th, 2021 release date.

This third person action RPG is set in an open world in which players assume control of a mammalian warrior. Biomutant, as the title suggests, is a game filled with mutated animals and players will have the ability to augment their character with biomechanical limbs and mutations that enhance their fighting abilities. Character selection will be near and dear to fans of RPGs with the wide array of choices that will have direct impacts on the characters' game mechanics. For instance, choose a skinny character and they will be fast, but vulnerable to damage.

Players will collect objects and parts throughout the world to combine into their own specialized weapon, adding effects like freeze and electrification. Additional attack combinations will be unlocked as players level their characters up. Vehicles, such as jet skis and mechs will allow the biomutants to traverse sections of the map previously thought unreachable.

Developer Atlus is giving fans an early look at the game with a recently released trailer that focuses on combat and reveals a special playable character for those that preorder the game.

We hope you enjoyed our Top Anticipated Titles of February 2021. Leave a comment below and tell us your most anticipated game. Tune in next time as we crunch the numbers to determine the top games of 2021.